The neuroscience of achieving your goals: Why your new year's resolutions have failed

Indeed research shows that as many as 80% of new year’s resolutions have been abandoned by February, let alone March!

That might not surprise you all that much but if you take a second to consider who many goals and dream this has left unachieved, the implications are pretty shocking!

This lack of goal achievement isn't because you (and everyone else!) lack willpower it’s because you don’t have the habits in place to support the goal.

If I could inject you with some sort of super serum that would instantly give you the golf swing of Rory McIlroy, Phil Mickelson’s short game and the putting of Jordan Spieth chances are you’d take it!

And chances are you’d be a pretty good golfer too - for a little while!

However, even if I could do that for you, you wouldn’t be able to maintain the standards of those guys for very long. This is because you don’t have in place the habits those guys have.

This example might be a little flippant as you can argue there are many lifestyle reasons you can't adopt their habits (although I'd argue that you'd be surprised about your lifestyle similarities - this guys still have huge pulls on their time through families, spouses, travel, required attendance at sponsors events, etc) but it illuminates my point. That point, that I really want to hammer home to you, is that your habits are the reason you haven’t already achieved those goals, and you’ll never achieve those goals until you have habits in place that support the goal.

The fact of the matter is there is no magic pill!

I know this is a little depressing, but there is some good news.

The first piece of good news is that it isn’t really your fault - you have the best intentions but your own brain is sabotaging you!

The second is that with a few changes to your goal setting process you can turn the tables in favour of you hitting those goals.

The mistake I see almost everyone makes is trying to change too much too soon. People set a BHAG (big hairy audacious goal) for the new year and then assume that if they just have enough willpower they will be able to drive themselves to hit it.

However, what most people don’t realise is ‘willpower’ is a deeply limited resource and by trying to achieve your goals in this manner you are putting yourself in direct competition with your own brain!

Your brain is a slave to its unconscious habits and the rewards they offer.

There are 3 parts to a habit:

#2) Routine (the action itself): This can either be a negative action you want to cut back: I drink soda, I eat cake, I snack, I drink alcohol, I smoke cigarettes, I watch TV – or a positive one: I go the gym, I go for a run, I do push-ups, I read a book.

#3) Reward (the positive result because of the action): I’m now awake. I am temporarily happy. My hands/mind are occupied. I can forget the bad day I had. I feel energized. I feel good about myself. 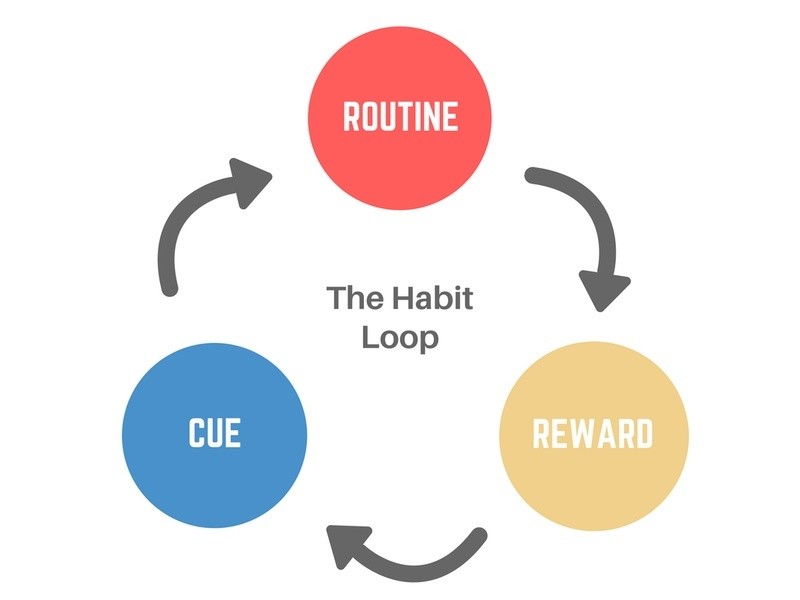 Over time, this loop - cue, routine, reward; cue, routine, reward - becomes more and more automatic. The cue and reward become intertwined until a powerful sense of anticipation and craving emerges. When a habit emerges, the brain stops fully participating in decisions so unless you fight the habit or replace it - it will unfold automatically.

When we set that BHAG for the new year we are essentially asking your brain to give up the rewards of the doughnut (either metaphorically or literally!) for the idea of a bigger reward later on down the road. The only problem with this is, it means denying your brain that dopamine reward it craves. this ultimately leads your brain to feel disappointed more often than not, and as willpower is a finite resource you will eventually crack.

In other words, trying to hit a goal the way most people do is putting your conscious brain (what we logically know we should do) in a fist fight up against it’s bigger, older brain - the subconscious brain.

The good news is with some better strategies we can actually turn the biology of our brains to our advantage and turn you into a goal achieving machine!

If you really want to achieve your goals you need a plan of action - you need to establish where you are, where you want to be (point A and B, if you will) and how you going to get there.

So our first challenge is to accurately plot these two points accurately.

If you’re looking to improve your golf, this means assessing where you are at with each of the 4 key components of golf performance - technical, tactical, mental and physical.

We can use stats and measurements to do this.

A great place to start to do this is to keep stats on your 5 most recent golf games and then compare these to performance norms for where you want to be.

For example, as the book ‘lowest score wins’ (incidentally this is a great place to look for normative data!) points out, whilst GIR may be the biggest predictor of score, drive distance is the biggest predictor of GIR. In other words, golf really is a power game and increased distance has much greater effects than just impressing your playing partners and being able to take a longer break between shots.

To continue our example, if as a result of your analysis you now know you need to improve clubhead speed to drive the ball further we next need to determine how best to increase that drive distance. This could be technical, equipment or physical and again for each of these in the physical realm we can use assessments, such as the TPI screen or vertical jump testing, to determine where you are and then compare that to baseline data from people who are where you want to be (tour pro, single-digit h’cap player, etc). In the technical and tactical realms, Shots2Hole, have done a great job in establishing the key differences in areas such as distance, GIR, putts etc between various handicaps and levels of ability.

Honestly assess yourself and your game - or better yet have someone else do it for you, you’ll get an expert and unbiased eyes that will simply see things you won’t!

Once you have the start and finish points you can now fill in the gaps.

Find some key indicators from that data that you think, if that improves I know I’ll be heading in the right direction - “I need to be able to do X, by X date in order to be on course to hit my goal” sort of thing - and measure it. Measure it a lot. Measure it as much as you can as part of your training, practice schedule, etc.

Chunking the goal in this manner (and committing to regularly assess those KPI’s) will help keep you on track - essentially you’ve created some signposts on your map from point A to point B. Additionally, if we put enough signposts, close enough together, hitting them can act as a reward (this is why measuring is so important - it confirms the reward).

This is essentially replacing the old unhelpful rewards (and therefore routines) you had embedded and replacing them with the dopamine hit of hitting a goal - that begins to flip the switch from our brain being our worst enemy to actually helping us to achieve our goals!

The microstep represents chunking down your goal to the nth degree. Think of one simple thing you can do every day that will move you towards that goal, that’s your microstep.

It’s important not get too ambitious here, as BJ Fogg behaviour change researcher at Stanford University says, “don’t start with the hardest behaviours first, you start with the ones you want to do and you can do and you persist.” 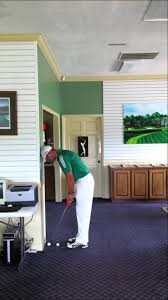 This drill is my current micro-step to improve my putting

The hormone most associated with rewards in the brain is dopamine. When dopamine spikes it causes you to have those nice fussy feelings you get when you scoff a bar of chocolate, help an old lady across the road, complete a tough workout or hole a long putt.

However, that isn’t the whole story. Research has shown that the dopamine spike doesn’t happen after you’ve scoffed that chocolate bar - once the habit is formed it actually happens before - in anticipation! This then drives you to eat that chocolate bar and leads to your brain feeling disappointed if you don’t - further solidifying that habit.

This explains why cravings are such a b*$%h but it also shows why micro-steps are so powerful.

In other words, completing the micro-step creates a sense of satisfaction, develops momentum and over time this becomes a new reward.

Essentially we’re hijacking the brain to create a new habit loop - but this time one that works in our favour. At the trigger, the brain starts to spike dopamine in anticipation of the reward which in turn means we come to crave doing the action and the whole process becomes ingrained.

Creating this new positive habit loop is the key - once we have a positive habit in place we are on a one-way track to achieving our goals and can set bigger routines or add to our routines as needed to achieve the goal.

Note: Research suggests it can actually take anywhere from 10 - 128 days for a new habit to stick depending on the individual and the habit, but 66 days has been shown to be the average time takes for people to develop a new habit.

Focusing on establishing the micro-step as a habit should, therefore, be our main concern - lose the idea that focusing on achieving the final goal (outcome) will drive you towards achieving it - for the reasons outlined above it won’t!.

“The biggest difference between the best athletes and the average is the ability to focus on the process on the not the result”
Ryan Flaherty, director of training at Nike

When people set a goal they set a vague notion of something big they want to achieve in a distant future. Unfortunately, this is the exact opposite of what they actually need to do!

The research and neurobiology of your brain are clear - set a small, specific, goal, you can easily track/ measure and let success build. Changing everything all at once, with only a far off reward in place if successful is a recipe for failure.

If you’re interested in changing your fitness habits for good - and actually sticking to your new year's resolution - joining our online coaching program is a sure-fire recipe for success.

Even better, enrol before the end of this month and not only will you get an online movement screen and a bespoke fitness program, you’ll also get our goal setting workbook, which will walk you through setting goals that will work, as well as a series of videos that will offer you habit-based nutrition and lifestyle changes that will help support your training and golf performance. All for just £29 a month.

Tweet
5 Rules For In-season Training
5 Exercises to Golf Forever: Setting The Stage For...

Arcas Web Design has not set their biography yet

By accepting you will be accessing a service provided by a third-party external to https://www.golffit.co.uk/